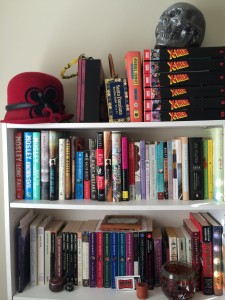 Right off the bat, let’s stipulate that life is unfair. It’s not that I want to dismiss your pain, just accept it as a basic tenet and move on. The world is full of terrible, difficult things, and anyone who gets up in the morning and goes out to grapple with it and find moments of grace is doing something heroic, no exaggeration. Putting one foot in front of the other, just living is the most complicated task there is—and those of us who have collapsed under the weight know that well.

As hard as it’s been listening to your cycle of brick wall head-butts, I know it’s worse for you to say it, let alone live it. I hear the shock in your voice when you describe your latest humiliation, the shame that it’s happening again, the desperation as you rationalize the things you’ve lost, try to convince both of us there’s a way to look at this that’s cynical and amused. I had a mantra in my drinking days: if I woke up in the morning and there were no babies in the freezer, the night hadn’t been so bad. No frozen babies? Everything’s fine. I thought I was being funny.

The only way to stop this landscape from flashing by for the rest of your life is to get sober. I know that sounds dire and bossy and let’s agree I’m not good at advice. It’s still the best I’ve got. If you don’t want to call it an illness or a disease, that’s fine. Call it the monkey on your back or the Ghost of Christmas Past or whatever.

Here I go: I advise you to let go of the expectations you had for your life. No problem, right? You may be castigating yourself for being an addict, and for not being a good partner, parent, teacher, consultant, flower arranger. You were told life would give you rewards for your sweat—and you may believe you’ve failed because you didn’t get them. Those rewards were fantasies. The diploma, the car, the beautifully dressed kids whose fingers are never sticky: anyone who tells themselves they’ve “earned” or “deserve” such things is willfully ignoring the universe and its brutal rules.

I’m not trying to disappoint you but let you off the hook. I’m guessing your heart is already broken. We make up and adopt systems of value, and they’re useful within reason, but they’re only as real as we allow them to be. Are you uninsurable because you’ve been hospitalized? Did you lose your license or your house? Did you get escorted from the building? Do you have a court date you’re dreading? I’m not going to tell you those things don’t matter. Just don’t try to get over hurdles someone else set.

Talk about lessons in humility—I once told a version of my addiction story to a room full of homeless adults. They all treated me with kindness, not because I deserved it but out of sheer generosity. If you can stop telling yourself you’re the only one who understands bad luck, you’ll notice there’s a world of compassion to give and receive. It’s a world you only recognize if you’re a saint, or if you get knocked on your ass (the easier way). From down here it’s obvious we’re all perpetually stumbling through the gate before it slams shut. We’re on the edge of disaster at every moment. You do not have to prove you’re tough. No matter what anyone tries to tell you, there are no masters of the universe, just flawed and breakable people.

One of the most debilitating effects of addiction and depression is a stifling inability to get your head out of your own ass. You’re alone in a dark movie theater in front of the most sweeping IMAX screen of all time, watching the story of your life: disappointments, failures, the pain you’ve suffered and—worst of all—the pain you’ve caused. It’s a double, triple, round-the-clock feature. What I want is for you to get up and leave the theater. I know the show’s going to keep playing. I know none of that derivative sentimental bullshit is going away—but for now, just for now, stretch your legs and get some air.

Dear Addict, I hope you’ve realized that I love you. You’re convinced you don’t deserve it; you think I don’t know how terrible you are. I’ve heard plenty of awful stories, from you and others, but I imagine you could surprise me. Still, I’m asking you to let go of that self-loathing for a second and give yourself a break.

That terrible fear you feel now—the sense of being out of control, of not knowing what you’ll do next—of constantly asking yourself, how the hell did that happen? What did I say? That fear can go away. I cannot promise your life will get shiny and awesome when you’re sober, but I promise it never will as long as you’re not sober. Being sober means you’ll have access to a world of possibility, to the option of making decisions instead of being at the mercy of chaos.

Again, I do not mean to belittle your misery and trauma. Every bit of it is real and I know you’re feeling it. Down here we don’t have to deny pain because we believe in it. Every one of us is trying to carry it the best we can. It’s not that your addiction has stripped you of dignity and strength, it’s that you recognize none of us ever had any. We have to create kindness and respect and give them to each other because we’re all walking around naked.

When I was drinking I told myself I was only hurting myself and I deserved it, after all. The narcissism of addiction and depression encourages you to view things this way: you, alone, in a wilderness of crap. But of course your actions affect everyone around you: your co-workers, other drivers on the road, the people who love you, the people who can’t escape when you take another quick tour of your mind’s hellscape. Deep inside I think you know this—it’s another club to punish yourself. But it can also be your saving grace. There is a way out. See, you aren’t alone: we’re all down here with you. You can look up from your despair and see us if you wish. I hope you will.