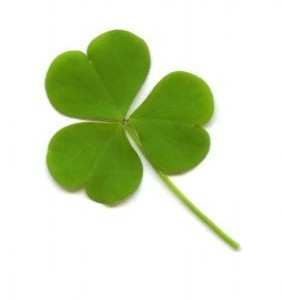 If I may, my credentials.

My lineage is thus: three-quarters fourth-generation Irish immigrant, one-quarter Italian. My mother’s grandparents immigrated from Ireland to Charlestown, MA; the Morses, whom I am told were once known as Mosseys (“horse thieves,” as my uncle Denis says), the O’Learys, and the Hurleys. My paternal grandmother’s maiden name was Benotti, and my paternal grandfather was a Gorman, as was I until I married the scion (as I like to think of him) of mid-western Polish-Americans and adopted the stunningly musical Irish/Polish “Colleen Toporek.”

Certainly I have excluded myself from the DAR with this bloodline confession, and doubtless any Junior League or debutante group would turn me down flat–though I suspect that ship might be over the horizon at this point, anyway. I did not inherit the red hair or blue eyes prevalent on my mother’s side of the family, but luckily I did get the sun-damage-prone skin, so: amber waves of grain, freckles. Thanks, great-grandparents! Happy St. Patrick’s Day.

Despite my well-deserved reputation as a crank and a shrew, I have no significant bones to pick with St. Patrick’s Day. I’m proud of my heritage, distant though it may be–and also, I have a rule about not taking holidays too seriously. There are so many issues to get riled about, it’s not worth it to waste a second of angst on the greeting-card industry’s ruthless chokehold on the American people. Folks have to make a living.

One small thing does get to me, though, and that’s the flattening of nuance and misunderstanding of the phrase “luck of the Irish.” I imagine many of you already know that phrase is a bit more complicated than what you find in greeting cards and elementary school classrooms. I see various brands, web magazines, and pubs making the best marketing use they can of the holiday by employing the phrase to simply mean “good” luck. On one lifestyle website I found pictures of a St. Patrick’s Day table setting themed around popular symbols of luck; it incorporated pennies, horseshoes, and trailing clouds of clover. And for the little ones of course we have leprechauns, rainbows, and pots of gold.

In fact the meaning of “luck of the Irish” was intended to be derisive. It accused the recipient of, well, dumb luck–i.e., the kind that doofuses stumble into, suggesting you neither earned nor deserved whatever luck you tripped and fell on. I’ve also seen it described as putting an optimistic spin on bad luck; in a harsh life, of course things are going to go wrong, but you try to accept it with some humor. Rain and starvation and hard work–that’s the luck of the Irish.

Put that on a greeting card.

When the Irish began emigrating to the U.S. in droves in the mid-1800s, they immediately went to work: they dug ditches and laundered sheets and did all the low-paid, underclass jobs no one wanted. The Pogues say it better, so I’ll just let them tell you: “Thousands are Sailing.” The nation was virulently anti-Catholic; when I say there was even a political party that made religious and ethnic persecution a significant part of their platform, I hope I haven’t shocked you unduly.

These days we’ve taken the Irish to our hearts: “Kiss Me, I’m Irish,” redheads, and soda bread. Happy Beef Corn Day, as my friend’s daughter said. Irish immigrants are no longer threatening, and neither is Catholicism. Irish heritage is now part of the American melange: green beer and bowler hats–cartoony, but beloved.

The process of drowning the Irish in the great American melting pot can be read as hypocritical: St. Patrick’s Day as we now celebrate it stands as a heavy retcon of xenophobia and bigotry–but I prefer to see it as progress. Even those most stubborn, fearful, and ignorant in this country can learn to feel comfortable when the unknown becomes the known.

Are we as a nation a beautiful blend of experience, history, ethnicity, and nationality? Or are we commodified capitalist robots? On reflection, probably a bit of both. St. Patrick’s Day doesn’t represent the best of human nature, but it’s also not the worst.

Sláinte, all of you Americans, Irish and otherwise.