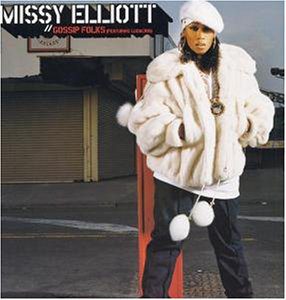 “I will not Gossip with Missy in Class.”

I became gossip’s ally out of pure spite, which is only fitting. A young woman of my acquaintance shared her New Year’s resolution to stop gossiping so much. This wholesome, make-up-free child, with her curly locks and sparkling eyes, a dutiful churchgoer and caretaker of infants, announced her intention with a zealous earnestness that immediately put me in mind of the patriarchy: she intended to become a better person by cutting the demon Gossip out of her faultless life. And I thought, screw that, this year I’m going to gossip MORE.

Of course the powerful disapprove and seek to silence gossip. It’s unsupervised opinion, transgressive and uncontrolled. It’s the peanut gallery, muttering and snickering as our rulers struggle manfully to get Important Stuff done. Gossip is the irrepressible backtalk of the weak about the strong, and I confess a violent affection for the practice. In school bathrooms and office breakrooms across the land, gossip is the refuge of the disempowered–its most serious flaw, but also its greatest strength.

Gossip is something girls do. Men don’t gossip, say men: they make decisions, pronouncements. They call it like it is. When men speak of people and events, their speech is official and on the record; their intentions take, and their words become Gospel. It’s the froofy, the ladies, with their tea and their hats, who twitter and cluck to no real effect, looking down narrow noses at the movers and shakers of the world. Without question, forbidding “gossip” is an attack on the feminine.

To those who burble, “Did she just play the woman card?!” Indeed: well spotted. Please, call me a crybaby, say I’m engaging in identity politics… and we’re back to the point. Here are my opinions, no matter how much of a frowning you feel called upon to administer.

As a proponent, I must admit there is danger in gossip, in that it’s secretive, out of sight: whispers, rumors, and group disapproval without the courage to speak openly. When we gossip, we exclude information we may not know we’re missing, because those who gossip must come to conclusions within constrained enclaves and restrictive boundaries in order to avoid confrontation. At its worst, gossip is passive-aggressive, an attempt to sway hearts and minds by sheer petulance and undertow. Gossip is sniper-fire.

I’ll be blunt: if you repeatedly engage in whispering campaigns, it might be to your benefit to investigate what bothers you so much that you can’t stop going over and over it, and consider if it’s something you should come to grips with in the light of day. Listening to yourself attentively catches these red flags. I’m only advising this kind of reflection for your own peace of mind: examining a recurring frustration does more good for your mental health than remaining caught in an infinite loop.

Because I have no intention of slowing my roll as far as gossiping goes. Just a heads up, I plan to continue talking shit from here on out. This blog is the tip of the iceberg, I assure you. I live to analyze and chew over verbally any and all events on my street, in my city, and in the world. I consider it part of my personal cognitive regime. Respectful silence is for suckers.

I will carry on assigning judgment and value to people, behavior, and events. Black Lives Matter, so there. Our next door neighbors need to stop growing pot in their yard because it reeks. The camping group who left my friend out of their trip to the Enchantments are inconsiderate flakes, oh yes, I said it. I’m going to keep thinking and feeling things and then talking about it any way I choose, and no one can stop me, even if they tell me I’m a bad and disobedient girl.

And that’s the problem I have with casting aspersions on gossip: in the final analysis, it’s a kind of thought control. I refuse to be gaslighted into believing what I think or feel is petty or trivial. Now, is it wrong, or uninformed? That’s on me to monitor, and I don’t take the responsibility lightly. If I’m going to take what I think and say seriously, I’ll take the consequences of my actions seriously, as well. I have no wish to barricade myself in with my own prejudices. But if someone calls me mean, or overly sensitive–or, like the Schrodinger’s Cat of misogyny, both at the same time–in the immortal words of the Dude, that’s, like, your opinion, no more or less relevant than mine. Here’s the thing: these thoughts are in my head and are for all time out of anyone’s control.

Absolutely, we must drag our opinions out of the shadows, from the exclusive space in our brains, and take the trouble to examine and support them, and see how they match up with a reality with which we can interact and exchange impressions. Gossip only becomes a meaningless irritant characterized by ignorance when it is never translated into action. Your opinions mean something: not necessarily what you initially assume they mean, but something real.

Do not let anyone tell you to stop gossiping. If they use the word “gossip” to describe what you’re doing, you should be suspicious immediately, and take anything else they say with a grain of salt. They are trying to shut you up. If someone accuses you of gossiping, tell them it’s called THINKING and drawing your own conclusions, and you’re going to keep doing it regardless of whether it makes them uncomfortable or causes them inconvenience.